Another day on the train and we arrived at Cusco from where we descended into the Sacred Valley the focal point for all things Inca. There is so much here to see, the valley being approximately 100 km long following the course of the river Urubamba. The Incas populated the valley, or more accurately conquered the people of the valley in the years leading up to 1400 AD. Interestingly our guide told us that in fact only the kings were Incas rather than the people as a whole so the actual number of Incas who lived is under 20.

Whilst in the Sacred Valley we had opportunity to taste some Peruvian cuisine and that included cuy (guinea pig) and alpaca. Not sure the boys thought much to this, especially cuy that were cooked on sticks and sold at the side of the road. As you will see, the cuy are a lot bigger than the domestic guinea pig found in Europe.

And eating Alpaca was a little discomforting for Chris. But we embraced the experience as part of our cultural learning.

In the Sacred Valley we started at Pisac, built be the Incas, with a fortress, urban complexes, temples and terraced fields. This was a truly impressive start to our Inca experience, especially for those who have never seen a well preserved Inca site. The site itself sits on the hill tops high above the river valley giving a good defensive position but more to avoid floods that occurred frequently.

A good start giving a real taste for the lost culture. Almost immediately some questions start to form and repeat themselves throughout the Valley. How did people with limited and primitive tools cut large stone blocks with such perfection, the joints every bit as good as anything we create today? How did they move blocks weighing tons over distances and up such inclines and then lift and position them? Are you aware they did not have any livestock beyond alpacas and lamas until the Spanish arrived, long after they built? We weren’t. These are questions that repeat themselves throughout history as many ancient cultures dumbfound us with their advanced technology and the mystery behind their achievements.

Next we travelled to Ollantaytambo an even more impressive site with well preserved terraces and buildings, drainage with water still running from springs and examples of the intricacy of Inca block work.

Much in the world intwigues me and much is more than it appears when first encountered. So when visiting the Inca temples and weligious sites we noticed a mystewy that I have seen elsewhere in the world. To take up Wic’s earlier comment, the levels of building and engineewing demonstwated by the Incas was beyond impwessive. The feats achieved were not unlike those found in ancient Egypt.

Blocks of stone weighing in excess of 100 tons have been moved distances by a people who had no horses or bulls to pull them. The common explanation, as with Egypt is that large numbers of men pulled and pushed the massive stones distances, including up hills, before positioning them. I’m a thinking bear and this doesn’t stand up for me. Sometimes it’s wiser to confess you don’t know I think and embwace a little mystery.

Additionally, beawing (no pun intended) in mind the Incas had not iron tools and, supposedly, wudimentawy architectuwal devices, the cwaftsmanship displayed in the cutting of the blocks of stone is phenomenal. The joints cweated are perfect to the point that a sheet of paper could not be pushed between them. Indeed the cwaftsmanship is as perfect as anything we can achieve today with all our technology. They cweated interlocking blocks, again weighing tons, with numerous angles and also systems to compensate for earth movement and quakes. 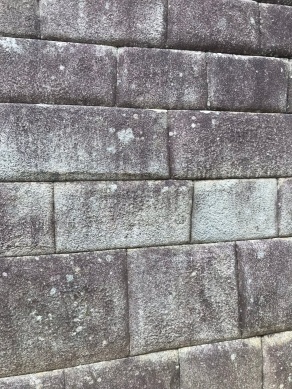